How to ace Android app development for larger screen-sized devices? 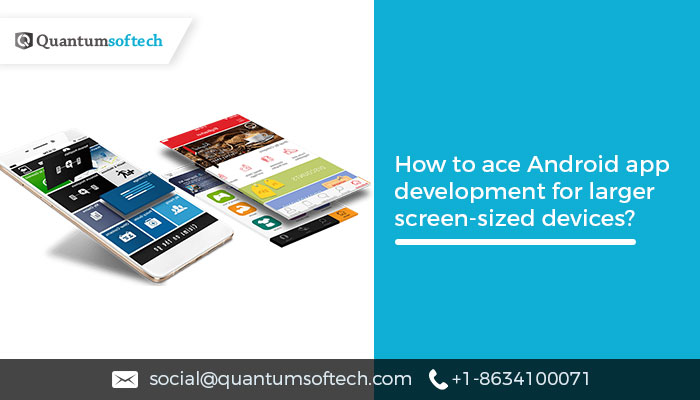 Android develops different varieties of mobile apps that are not restricted to only small screens, from recently introduced Chromebooks as well as the lightweight Pixelbook Go to multiple devices having different screen sizes. There are almost 175 million Android tabs that have the Google Play Store installed in it. Large-screen devices are likely more engaging and visually impressive than those having small-screen sizes. Different Android app development companies are there who are working for the betterment in the UI & UX of an Android app. These devices give users a faster and more flexible way of working on a portable device.

There are different mobile technology companies in India as well as in the US which have laid a set of guidelines for their developers to provide Android app development services to the client as per their requirement considering the device screen sizes. One of the pioneer companies which is serving clients in this field is Quantumsoftech.

Keeping in mind the screen sizes while the development of an Android app, you can provide more interactive and rich user experience across all devices. With this technique, different development teams around the world are achieving mind-blowing results.

You should ensure that the core functions of the app developed is working smoothly and as per the required speed without crashing while moving back and forth between different modes.

In case you are using NDK, make sure to support x86(32 and 64bit) ABIs which ensures the powerful performance.

Input from Keyboard and Mouse

Ensure that the app you’ve developed is fully functional without touch input in addition to that it should support keyboard mouse as well as other gadgets like game controllers and much more.

Build, test, and run Android apps on a Chromebook

From the very beginning, Android developers have been working towards the overall development of the Chromebook to ensure that it provides simple, secure along with speedy experience for the users. Android developers are allowed to test and build apps with a Chromebook post the launch of Linux (Beta) on Chrome OS.

Earlier this year at Google I/O conference, the company announced that Android Studio 3.5 will now fully support Chrome OS with a simple one-click installation. Since then, Android developers are working on a few improvements that make Chromebooks an even better place for safe and allows providing seamless Android app development services. Considerable improvements according to them are enlisted below:

Deployment of an app directly to Chrome OS

Previously there was only one way to test your app and that was its deployment to the Android phones. After Chrome OSs upcoming M8o release it will be more easier as Android app developers can deploy their apps directly to their Chromebook.

This will allow developers to test their app on the same device, without having to put your laptop on the sophisticated developer mode. Developers are likely to start testing this feature in the developer channel in the month of November.

GPU support is enabled now which allows to reduce latency and deliver a snappier user interface. That goes for developer apps such as Android Studio, Unity Editor, or Visual Studio Code. For such developers who also work on web apps, GPU acceleration gives faster testing experience with Chrome Canary and Firefox.

Container backup and restore to easily move between devices

Earlier, Linux files and applications were attached to the device — in case you lost your device you were likely to lose all the work within it. Presently, Chrome OS’s container-based design enables you to pack up your whole workspace and allows exporting it to an external storage or a drive.

The backup files can be restored at any given point of time, either on the same machine — which is useful when bouncing back to a previous state — or to move to another Chromebook.

You would now be able to discover import and export buttons in your Linux settings.

If you have built PiP support in your Android apps, you’re likely to see that function work effectively in Chrome OS in 2020. However, you can start testing this feature now by enabling PiP in Android settings “Developer Options.”

Larger screens should be kept in mind while building your apps

With a large number of users on Chromebooks, tablets, foldable, and now multi-display gadgets, designing app experiences with a larger screen is crucial which should be kept in mind. Take advantage of this competitive-edge to connect more users by improving your existing applications to work well across all different screen sizes.

What’s more, the most recent Linux feature included on Chrome OS enables you to utilize a solitary machine to build and run Android applications. Don’t think twice to take action that ensures working of your app seamlessly on bigger screens with Linux on Chrome OS. 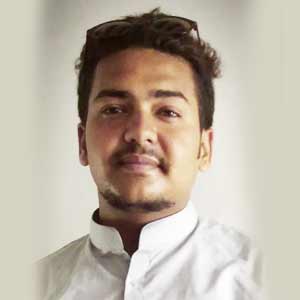